I must say this trip has pretty much been a success as far as my goals were concerned. Some days I think I’ll never be ready to leave, and some days I’m just really, really tired. Some days I think I only see the tip of the iceberg. There’s so much more to learn in this culture that I could spend my whole life trying and never feel like I was finished. And some days I crave frozen pizza and Doctor Who marathons. Like I did this morning. What I got was handmade pizza, fresh off the oven, and a quiet lunch by the lake. Close enough.
After almost 4 weeks here, it starts to feel familiar, like daily life. I take something to read on the bus, instead of frantically peeping out the window, worried that I’ll miss my stop. I get annoyed with tourists when I’m trying to get somewhere. I sigh when I have to ride long distances on the metro. I think nothing of an hour’s quick walk to get somewhere. I know to put coffee grounds down the sink and tea leaves down the toilet. I answer my phone when it rings, even if I don’t recognize the number. I’ve developed habits. I’ve gone entire days without television, internet, or a single word of English. And the lady at the bakery where I bought my pizza smiles at me now, because she recognizes me. And she’s started helping me pronounce those tongue-twisting Georgian foods on the menu.
I haven’t been homesick once, even during those first two weeks when the culture shock was really severe. But lately I’m starting to miss certain things: hot 30 minute showers, 20 oz Bavarian mochas, playing my music as loud as I want, understanding what people say 100% of the time, litergy… I miss being five minutes from everywhere, instead of an hour.
I’m fully convinced that one day back stateside, I will think, “Oh, I need to find a cafe with Wi-Fi so I can check my email. Thank God there’s a McDonald’s right down the street.” And then when I realize I can drive, not walk, maybe I will remember that in America, I have such a thing as 4g network. And a computer.
And then a random person walks by and asks in Russian, “Excuse me, ma’am, is there Wi-Fi here?” And I answered in Russian. Didn’t really think about it. It just happened while I was writing this post.
People talk to me on the street all the time, asking the time, directions, which way out of the metro. Usually I just say I don’t know, that I’m not from Kiev. I don’t even panic anymore. But sometimes I really do know the answer. And sometimes I can actually tell them.
Sometimes I forget that I’m in a foreign country, that I’ve only been here for 4 weeks, that I’m American. And I wonder, will I ever be ready to go back to my old way of life? Or has Ukraine changed me too much already?
What does it say about me that I’m more worried about reintegration, than I was about spending a month alone in a foreign country, where I can barely speak the language?
Sometimes I remember my previous life, and I wonder: what happened?

I hope to inspire people to chase their dreams, to live with passion, to be happy, to see the beauty in life and the potential.
I want to encourage others to find the wonder in the simple things, to do something great -- even if it appears to be only something small. 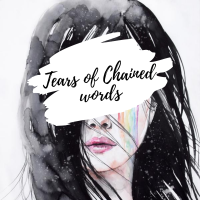 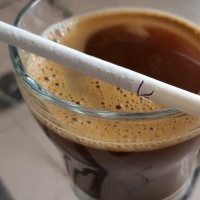 The tears of chained words

The words left unsaid, pouring out as poetry.

The Bipolar Writer and J.E. Skye